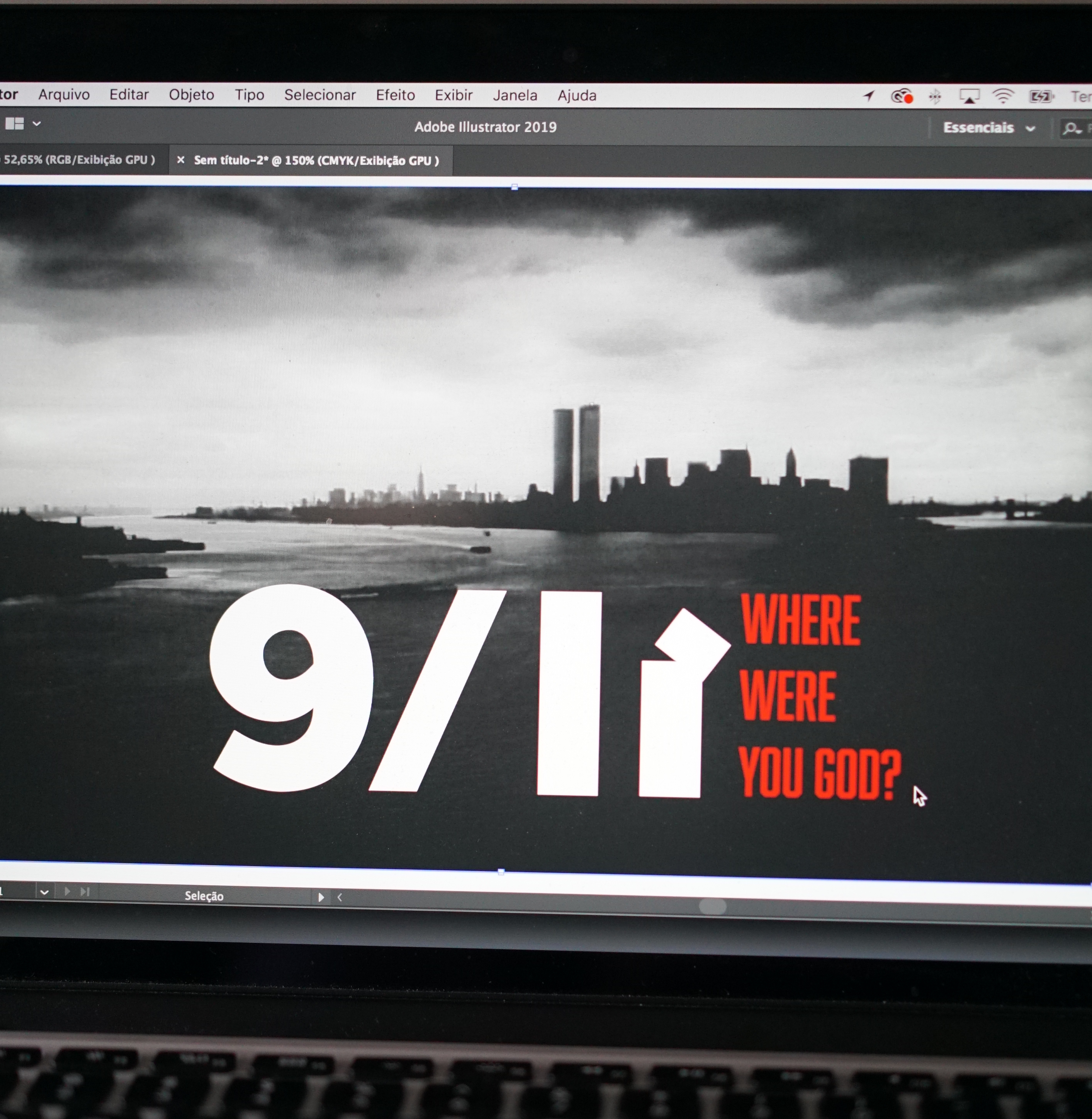 Where were you, God?

September 11th, 2001. This was a day that will forever be marked as one of the worst days in American history. It didn’t matter if you were American or lived on the other side of the world, you remember this day because chances are, it changed your perception of humanity. It may have even changed your perception of God. Many precious lives were lost and hearts were shattered with the understanding that our country wasn’t as safe as we once thought.

I was 6 years old, sitting in my 1st grade classroom unassuming that this day was any different than the day before. I remember my teacher coming to the front of the room to announce what was happening while the school was being put on lock-down. I had no real comprehension of what a terrorist attack was, but I knew that it was bad. I wasn’t scared, because I knew it happened thousands of miles away and something like this could never happen in small town Iowa, right? I was young, naive, and unaware that terrible things did in fact happen, and sometimes, we have no idea why.

I can imagine that during the days following the attack, a number of questions popped into your mind. Who did this? Why? What will our government do? Will we go to war? But there’s one question that isn’t talked about quite as much. It’s a hard question to tackle but I can suspect it was there, even if it was sub-conscience. Regardless if you believed in a higher power or not, you may have asked yourself, “Where were you, God?” I’m here to tell you that yes, He was there. As the first tower was hit and went up in flames, He was there. As the firefighters rushed inside the buildings to see if there were any signs of life, He was there. As the hysterical mother cried out in agony upon hearing the news her son was gone, He was there. I know that the presence of God in this senseless tragedy does not negate the fact that it was still pure evil doing. And I know the next question that may pop in your mind is, “God, how could you let this happen?”

In the beginning of what was supposed to be a perfect union between man and God, we see that sin crept in and changed the course of mankind forever. Adam and Eve had everything they needed and more in the garden, but they made one wrong choice causing a ripple effect of pain, suffering, and separation between man and God. God never intended for their to be tragedy, but upon creation, He gave Adam and Eve a choice. He gave them the choice to return the love He had poured over them since their first breath. He knew that for there to be real relationship, there had to be authentic love. He wanted us to choose Him because only then could we fully experience His extravagant love and wholeness. It was this concept of choosing that caused Eve to be tempted by the serpent in the garden. You see, a major part of relationship with God is obedience. Adam and Eve were told one simple rule to follow. “But you must not eat from the tree of the knowledge of good and evil, for when you eat from it you will certainly die.” Gen. 2:17. Lucifer, in the form of a serpent, tried to convince Eve that God was withholding from her. He caused her to question if God was really good which led her to ultimately choose to disobey. Adam chose the same.

Throughout the old testament, we see that sin became evident all over the world. The root of all sin is pride which causes us to believe that what God has for us isn’t best and so we ultimately choose to disobey Him. We see this in many forms and sadly, too often it’s intensified to the point where someone chooses to take the life of another, wars are initiated, children are enslaved, and entire groups of people are victim to genocide. Tragedy is constantly happening all around us and more often than not, we begin to question the goodness of God. You may have personally experienced the loss of a loved one or have been a victim of injustice, and so I understand why you may have lost faith in God. My guess is that after the tragic events of 9/11, many people lost faith in God too. But if theres one thing I want you to take away it’s this; God is not sitting idly by while suffering takes place in this world. He is not far off in the clouds looking the other way. He sees you and He mourns with you. In the story of Lazarus, we see in John 11:35 that Jesus wept because He saw the suffering of the people and the pain that death causes. He felt their pain and was able to empathize with their loss. He came to take on our pain and to remind us that no matter how much we suffer in this life, He is right there with us. Jesus wept because those He loved wept. His heart is breaking upon every tragedy because it’s more than bad things happening to good people. It’s rooted in His beloved children continuously turning their face from Him and giving in to the darkest parts of themselves. The parts that tell them God isn’t best and that something else will fulfill them.

No matter how many times we’ve run away, God has persistently chased after us since the beginning of time. But we know that He gave us a choice to love Him in return. The men hijacking the planes that flew into the twin towers and the pentagon had a choice. The man who killed innocent people at the Orlando nightclub had a choice. The Nazis who rounded up men, women, and children to be sent to their death had a choice. We’ve all had a choice and that choice is simple; love the Lord your God with all your heart and with all your soul and with all your strength and with all your mind, and love your neighbor as yourself (Luke 10:27). Unfortunately, these people chose a path of destruction which caused a great amount of pain in many peoples lives. And no, it’s not okay. I don’t have the perfect answer as to why tragedy strikes and chaos ensues, but I do know that God is good and He is right there in the midst of it all begging for His children to come back to Him.

If there’s one thing I’ve learned in this life it’s that remaining in Gods love and choosing to love Him in return is always the best choice. Because before there was breath in my lungs, He knew me. He formed me in my mothers womb and called me His beloved. His thoughts for me outnumber the grains of sand and every moment of every day, He is with me. My God is a God of justice, mercy, righteousness, and compassion. He is near to the brokenhearted and will bring justice to all who have been wronged. If you ever find yourself in the midst of tragedy, I urge you to ask God where He is in it. Ask Him to reveal Himself to you and try to find the strength to turn your mourning into praise.

He is good. He is always good.

About the Author: Cassandra Campbell